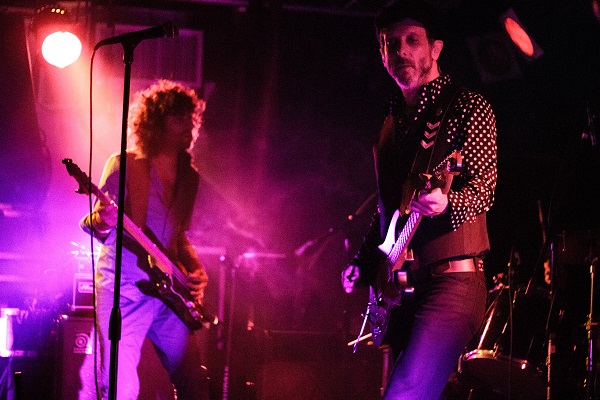 If you’ve been waiting around for a new Mercury Rev album for the past seven years, today is your day. The psych-influenced rock group that often draws comparisons to The Flaming Lips has released The Light In You, their follow-up to 2008’s Snowflake Midnight. They are currently in the middle of some Northeastern tour dates in the US, and we caught up with them at The Ballroom at The Outer Space in Hamden, CT.

Having been guilty of not being all that familiar with their music, I sort of blindly checked out their show. I enjoyed what I saw and heard. Fluttering keys mixed with consistent guitar that ultimately built up to sporadic solos on many tracks maintained that signature psychedelic feel the band is known for. They performed some new material and touched up some of the rest of their discovery. I was treated to the one song of theirs that I’m very familiar with. The live rendition of “Holes“, off their 1998 album Deserter’s Songs, was superb live. The spiraling nature of the track was as dreamy as I could have hoped for. If you missed them in Connecticut, they’ll be making a New York appearance at Le Poisson Rouge on October 15th.

Local singer-songwriter Chris Bousquet, who performs under the moniker American Elm, opened the show. He shared some spacey acoustic folk, some of which you can hear on an EP called Into the Light Within that he released earlier in the year.