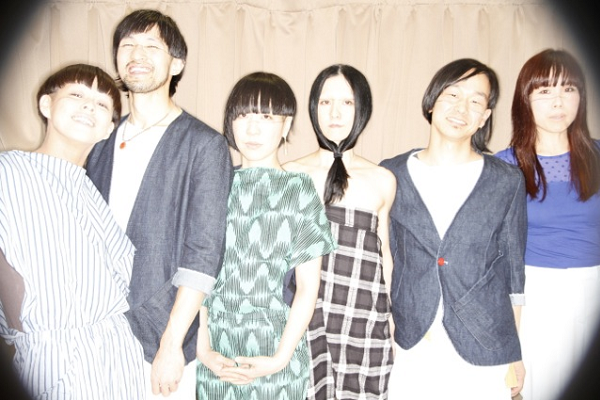 Combining elements of punk, gypsy music, and Brechtian cabaret, Gogol Bordello tells the story of New York’s immigrant diaspora through debauchery, humor, and surreal costumes. Leader and singer Eugene Hütz‘s taste in music was spun out of black-market tapes of the The Birthday Party and Einstürzende Neubauten in his native Ukraine. After being evacuated to Western Ukraine in 1986 following the Chernobyl disaster, Hütz became enamored of the mystical, outsider qualities of gypsy music.

Zedd is a Grammy-award winning electro-house DJ and record producer from Kaiserslautern, Germany. Born Anton Zaslavski, he was surrounded by a family of musicians, he began playing the piano at the age of four. After several years of learning to master the piano, Anton began playing the drums in a band, and composed and produced numerous rocksongs in his band’s own studio. In 2009 he began producing electronic clubmusic, to much and quick acclaim.

I Am The Avalanche is a five piece punk band from Brooklyn, NY featuring the vocals of Vinnie Caruana previously of The Movielife. Other members include Brett Romnes on drums, Michael Ireland on guitar, Brandon Swanson on guitar and Kellen Robson on bass.
IATA put out their self-titled debut on Drive-Thru records in 2005. Their second full length, entitled Avalanche United, was released October 11, 2011 through I Surrender records.

There are at least two bands named Plaid: 1) Plaid (pronounced ˈplad) are the London electronic music duo Andy Turner & Ed Handley. They are former members of The Black Dog and used many other names (such as Atypic and Balil) before settling on Plaid. They have collaborated with female singers Mara Carlyle, Nicolette and Björk, and have released records on the labels Clear, Warner, Black Dog Productions, and Warp Records.

Comprised of members from California to Maine, the band’s inception was a fairy tale that only Brooklyn could write. With influences of all genres and decades ranging from American Roots to Electro-Indie Pop, the band strives to create a cohesive blend of the new and old. After spending the last year in the studio, the band is pleased to announce their debut LP entitled “Memory Palace” out May 6th, 2014.

He trick-or-treated at Liberace’s house, planned a two-day stay in Amsterdam that ended a month later with him escaping the city under the cover of darkness, and was Bob Hope’s favorite altar boy. Alone, these anecdotes go well with a fistful of peanuts at a cocktail party. But on top of these add that this person also co-wrote the longest-running song on the Billboard Top 100, had a debut solo album that earned three and a half stars in Rolling Stone, and was awarded the title of “San Diego’s Most Influential Artist of the Decade” at the San Diego Music Awards.

Now a complete unit with a voice, and a name to put to the faces, “I, Omega” (formerly known as “The Syncope Threshold“) are painstakingly crafting new structures of percussion, distorted frequency, and diversity of word and pitch for all hear and judge for themselves. Not without their influences, but not content to render themselves stagnant by limiting themselves to one sound, they are seeking to blur the lines of genre, and are constantly pressing themselves to play the notes the world least expects.

OOIOO (pronounced “oh-oh-eye-oh-oh”) is perhaps the best known side project of Japanese rockers Boredoms. An all-female group based in Japan and founded in 1995 by Boredoms drummer (and sometimes trumpeter and vocalist) Yoshimi P-We, OOIOO shares much of the musical style of the better-known Boredoms. OOIOO are more accessible than Boredoms and tend to lean towards the more melodic space rock sound characteristic of Boredoms’ later works. http://ooioo.jp

Adrian Lux (born Jan 5, 1986), is a Swedish disc jockey and music producer based in Stockholm, Sweden. He is a part of the La Vida Locash movement and released his debut single Strawberry in late 2008. Adrian has by many people been hailed as Eric Prydz successor.He has released tracks such as “Can’t Sleep[/track]”, “Teenage Crime”. His music has been showcased and remixed by several prominent DJ:s such as, Avicii, Style of Eye, Philgood, Ali Payami, Marcus Schössow and Axwell. Lux has himself done remixes for Deborah Cox, Basement Jaxx, Salem Al Fakir and Oskar Linnros.