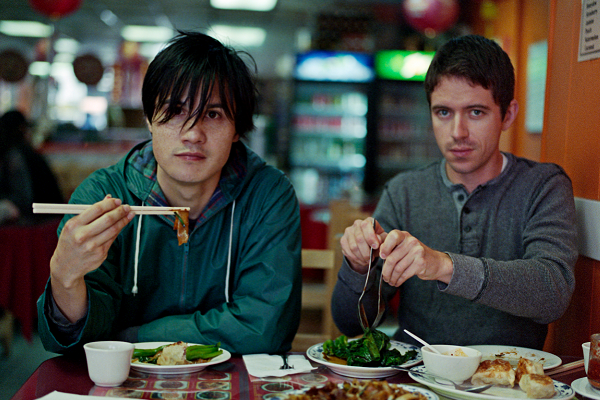 As winter, hopefully, begins to wind down, the Connecticut live music scene has some very strong indie acts heading its way in the coming weeks.

Friday, 2/27- Jukebox The Ghost @ Heirloom Arts Theatre– The indie pop trio makes a trip to Danbury’s leading theater for indie performers. The band is now five recorded albums deep into their discography. They are joined by Little Daylight, an electronic pop act that (I can say from personal experience) is a lot of fun live. Brooklyn’s Secret Someones is also on the bill.

Friday, 2/27- Yung Lean & Sad Boys @ The Space– If power pop isn’t necessarily your thing, Swedish rapper Yung Lean may be just for you. His pop culture driven material has helped the 18-year-old gain notoriety. Consider this a super intimate show for him as well.

Saturday, 2/28- The Dodos (pictured) @ The Space– The sound at The Space will turn from hip-hop into indie rock heaven between this Friday and Saturday. The Dodos will be performing in support of their sixth full length LP, Individ. Joined by Springtime Carnivore, it’ll surely be a whistling party when “Name on a Matchbook” gets played.

Tuesday, 3/3- Hundred Waters @ The Ballroom at The Outer Space– Beginning to grasp some national attention by way of a recent Late Show performance, Hundred Waters brings their experimental electronic folk-driven material to The Outer Space next week. Their unique sound will surely permeate The Ballroom and create a cool concert atmosphere. Rising indie star, Mitski, will also be on hand to perform her first Connecticut show of the year.

Wednesday, 3/4- AMFMS @ BAR- New Haven– I’m not all that familiar with this group, but in the little I’ve heard, I’ve dug their dark sound. It reminds of all those 80s alternative, post-punk bands. They’ll get opening support in this show from locals Jacques Le Coque and pools are nice.

Saturday & Sunday, 3/7 & 3/8– Matt & Kim @ The Heirloom Arts Theatre- In a really awesome move by Matt & Kim, they’ll come to Danbury, CT to play back to back shows between two nights. They are premium live performers, always putting on a party that is simply fun for everyone. We are also looking forward to their upcoming album, New Glow.

Don't leave out New London, Hartford, Bridgeport, and elsewhere ... cool shows all over the state. This Sunday... Pacing Pluto opens for The Plastic Pals at Two Boots in Bridgeport . 7:30 all ages / no cover