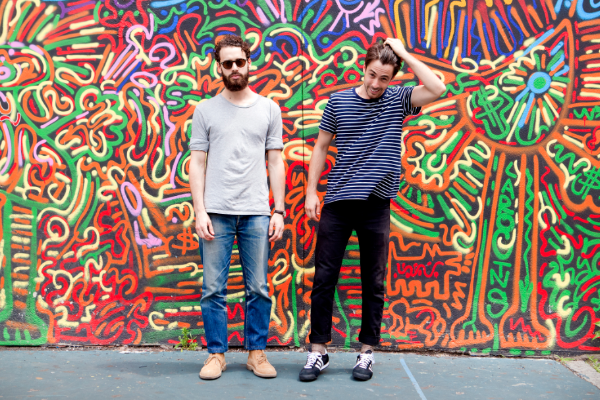 The combined work of ex-Girls drummer Darren Weiss, and Daniel Presant, culminates to form PAPA, a mishmash of folky pop with a touch of Americana that screams “road trip soundtrack”. They’re in the middle an early summer tour throughout the states in support of their 2013 full length debut, Tender Madness, which produced solid single material in tracks like “Put Me To Work”. They’ve just premiered a previously unreleased track, “I’m Not Sorry”, back in March as well.

PAPA will be making a stop in Connecticut playing at New Haven’s Cafe Nine on Thursday, June 5, presented by Manic Productions. Also on the billing for the evening are pair of in-state experimental indie groups. Hubbell Mountain has a sort of airy, Radiohead-like charm. Danbury’s Spectral Fangs take a more garage-pop approach, evident in their new EP, Memory Girl, released in April.

We’ve got a pair of tickets to give away to check out PAPA and we’re offering three different ways to enter yourself below. The contest is open until 12:00am on the 4th.