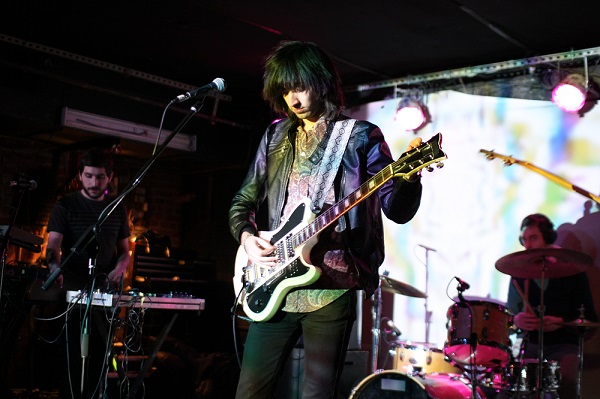 It has been a busy first half of 2014 for Brooklyn psych rockers, Dinowalrus. Their third full length LP, Complexion, is set for release on June 3. They successfully completed a Kickstarter project to fund vinyl pressings of the album as well. On top of that, they’ve performed in New York a handful of times since Fall 2013 and have an album release show coming up on Sunday June 8 at Mercury Lounge.

All the while, they’ve teased Complexion for us here and their. The latest preview comes in the form of a brand new video for a track called “Tropical Depression“. Everything about it screams vintage. Their signature old school alternative/psychedelic sound is extremely strong in this track. It shows up in the form of backing synths, a guitar riff straight from the dark wave era, and a quick nifty guitar solo. And visually, it is an old school lo-fi trip through colorful psychedelic haze.