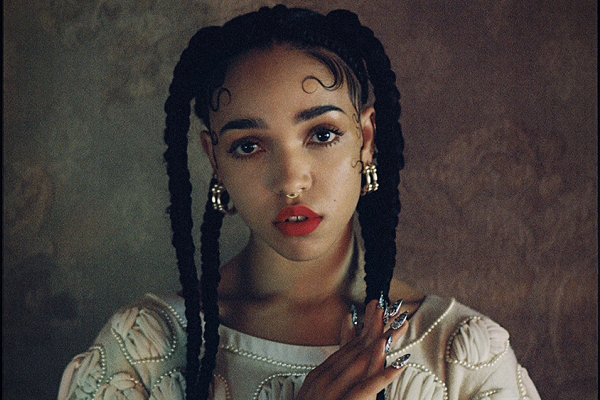 FKA twigs has whet our appetite this week by giving us a teaser of her forthcoming debut album with a video for “Two Weeks”, a brand new track. The British singer and dancer combines both of those talents in the video. She exhibits a beautiful vocal range that melds perfectly with the synthy trip hop beats of the track. Her vocal prowess isn’t the only thing on display, as she was the lone star of this video, playing all backup dancing parts as well. Appearing as a goddess, twigs’ garb transports you to another time and place. She streams water from her finger at one point into the mouth a dancer (so her own mouth technically).

You’ll be able to get your hands on twigs’ debut full length record, LP1, on its North American release date of  August 12 via Young Turks. It features a full slate of completely new material.