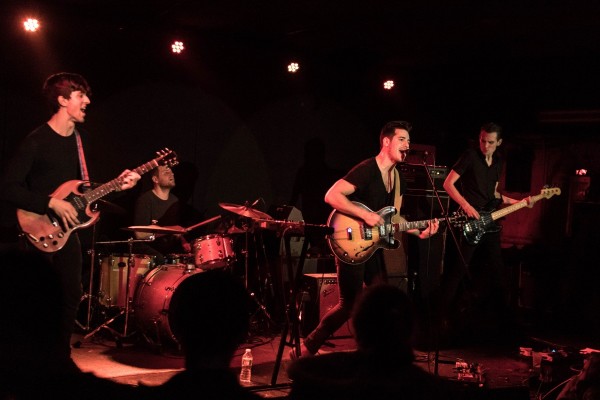 I caught wind of the guys in rising New York band Ula Ruth just earlier this week with a heads up to their catchy single from last month, “Strung Out“. The four-piece style themselves as a moody, urbane form of indie rock. 2016 ought to be a year for them to seek to establish themselves around an upcoming EP. Live, they impressed and I’m optimistic to see how their year goes from here. Their set was punctuated by a timely tribute of David Bowie’s “Let’s Dance” that singer Nic James self-deprecatingly joked about being impossible to follow up upon. We’re all gonna miss that guy.

Italo-rockers The Rally opened the gig. Their energy had the place quite full early, and everyone with a beverage shared in guitarist Eli Razavi’s toast. Hoping to hear news of more recordings soon or a stronger push from them this year to, as I like their live sound. Check out “I Was Wrong” as an apéritif.