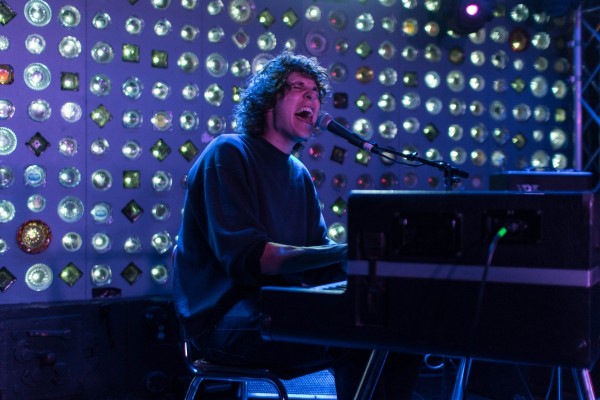 Tobias Jesso Jr is one of the breakthrough musicians of 2015. His record, Goon, is a powerful and soulful collection of tracks of love and loss that immediately resonate. His live show and persona match the record well. He played two sold out shows, Baby’s All Right and Mercury Lounge, on a tour that has now gone West.

Okay so Goon is great, but Tobias himself is really such a draw too. Charming, charismatic, and funny, a set with him at the piano can pass by in a blink. Highlights included the set closing with the audience singing back “How Could You Babe“,  and even just watching him tune his guitar was cute in its own way. Besides ‘the hits’ from Goon, as he jested about its singles, we also heard covers of Big Star’s “Thirteen” and “Georgia On My Mind.”

Okay Kaya, of Norway, opened with an emotionally raw, but ultimately peculiar set. There are songs with power in her arsenal, such as “Damn, Gravity,” but her delivery was sans any connection with the audience. She’s plotting a debut album for later this year.