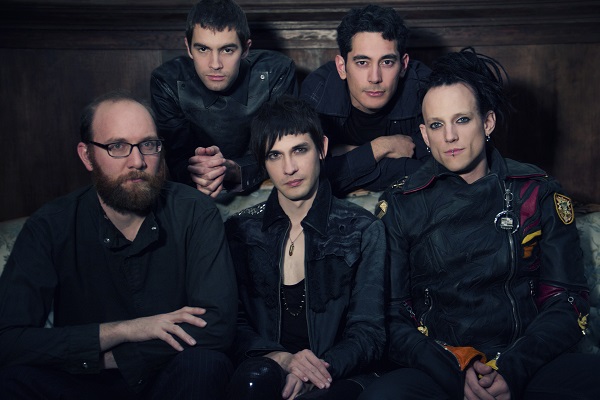 Timur and the Dime Museum has been a unique performing act for a few years now. The band features a hybrid of opera talents in front of an alternative rock sound and winds up well into the spirit of theater and glam. Their singer is Timur Bekbusunov, and he did a short, free performance here as part of Prototype festival. Prototype is distributed across some of the city’s more indie theaters, and focuses on giving smaller acts a showcase at them.

Timur gave us a preview, acapella, of some of the new sounds the band is working on for their next project, COLLAPSE, a requiem for man’s catastrophic impact upon the Earth. For anyone in the know about the bombastic nature of Dime Museum’s work, it promises to be a spectacle of a most lugubrious nature. It will debut in Los Angeles on March 27th before travelling to Miami and the Netherlands. Timur will hopefully return here with COLLAPSE in Autumn, and any rockers with at least some curiosity towards the theatrical should take a gander.

The talented Elizaveta played a short opening set. She backs a very strong voice with pianist skills and put together a few multi-layered songs using vocal loops which resonated throughout the venue. My favorite moment of the night was when Timur joined her for a song, for together they sang with a great harmony. She went on to play a sold out show at Joe’s Pub the next night, and her touring has since taken her abroad.