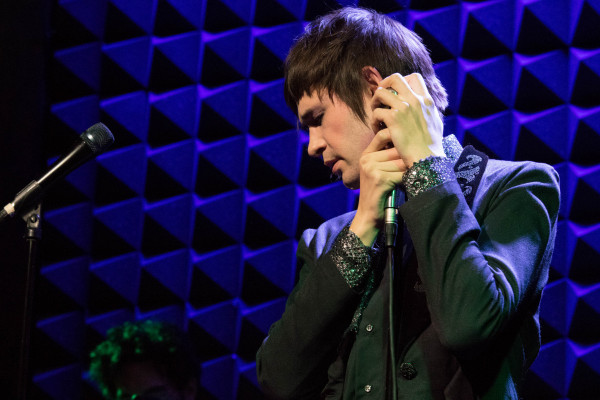 As part of PROTOTYPE Festival, Timur and the Dime Museum returned to NYC for a quick, but highly sought after performance at Joe’s Pub. The show, filling the venue to capacity, was part of a brief Northeastern tour in advance of the New York debut of the band’s Collapse project, which saw successful premieres in some warmer climes last year. Timur has promised we’ll be hearing more details soon, so far only revealing that the show will be in Brooklyn and leading us through some of its music.

If you haven’t yet heard Timur and the Dime Museum perform, it’s pretty wild stuff. The fusion of Timur’s operatic voice talents and theatrics buttressed by a quality troupe of rockers just stands on its own as an artistic pursuit outside traditional realms. I’m always pretty psyched to see them, and we’ll be keeping our eyes and ears peeled for further details on Collapse.