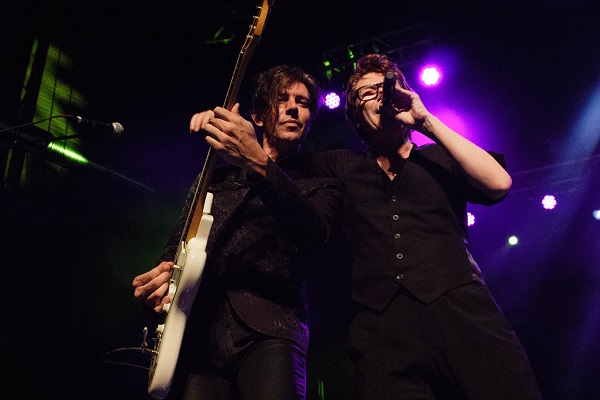 The clock was turned back a few weeks ago at College Street Music Hall in New Haven, CT. A pair of bands that burst onto the alternative scene in the 80s dropped by for a co-headlining show. In their prime, before I was even born, The Psychedelic Furs and The Church maintain an ability to perform live that reminded us of the roots of much of our current alternative/indie favorites today.

Australian band The Church performed first. Active since 1980, they’ve released many an album over the years. Their 20th full-length came out last year, entitled Further/Deeper, and recognized the bands resilience and ability to churn out new and evolving material over the past 30 plus years. Crowd-pleasers like “Reptile” and “Under The Milky Way” sounded outstanding and were great to see live. On vocals, Steve Kilbey stayed zen with some animated tai chi and other miscellaneous antics scattered throughout some of the set.

If you’ve seen Pretty in Pink, you know The Psychedelic Furs for performing the titular track. The new wave/post-punk powerhouse has been around for a long time, experienced a few lineup changes, but still put on an entertaining show. From the howling sax in “Heartbeat” to the smoother sound of “The Ghost In You”, the band was energetic and a pleasure to watch. Richard Butler was emphatic as ever on vocals and his brother Tim on bass would step up to the front row to show off his strumming to the crowd. As a strong advocate for everything eighties, I’m stoked to cross these two bands off my list of shows to see.