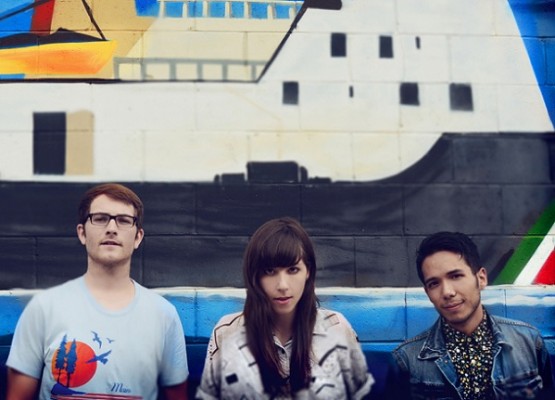 Every so often, in the hunt for new and buzzworthy music, you stumble upon some cool stuff. I bumped into Canada/Portland, ME based indie rockers, The Box Tiger, at The Space in Hamden, CT back in December. I had managed to give their August 2013 release, Set Fire, a listen beforehand and I was very pleased with what I heard from the debut LP. You’ll get another shot at catching them live as they will be back in our area later this week.

Founded in 2009 by vocalist/guitarist and Toronto native Sonia Sturino, and Portland guitarist Jordan Stowell, The Box Tiger have endured change since. With Benjamin Tran on bass and recently added drummer Lauren Chan, both of Toronto, the band has finally stabilized. A solid, catchy, and even unique sound are factors that encourage me to latch onto new bands, and they possess these qualities and more while towing the ever-blurry indie pop/indie rock line by producing a sound that is in a league of their own.

Set Fire is laden with nifty bass hooks, gripping vocal pitch changes and harmonic guitar choruses. It has a sound that will take you back to a more youthful, energetic time, with a simplistic yet effective musical style.  The collective guitar blending of Sturino and Stowell, and the delightful vocal range of Sturino are crucial elements to The Box Tiger. “Set Fire To Your Friends” exemplifies those notions perfectly in an extremely catchy groove.

There is a buildup in “The Hollows” that will leave you longing for more of Sturino’s fierce vocal power. It is an overall pulsating, spiraling jam that doesn’t fail to satisfy. “Bleeding Hart” and “Knives” are another pair of standout tracks, both with high-octane and immersive guitar work that showcase the bands ability to dip into post-punk.

While gaining momentum in Eastern Canada and the American Northeast, The Box Tiger will make stops in the tri-state area later this week. They hit up The Rock Shop on Thursday in Brooklyn with local acts Modern Diet and Lost Gloves. Then on Sunday February 16, they return to Connecticut to play The Heirloom Theatre in Danbury with an assortment of bands that include Langosta, White Savages!, and more. Tickets will be available at the door for that show.