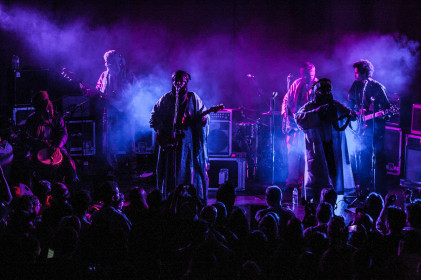 Anti Records celebrated a unity of several of its most compelling acts at the Brooklyn Masonic Temple with a concert dubbed Anti Thesis. Two of our favs, The Antlers and Tinariwen, featured on the bill and rustled me out to take in the evening’s sights and sounds. It would be a long one, with four full sets […] 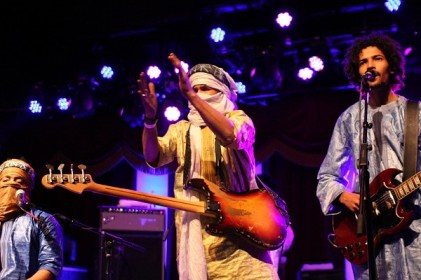 One of the best shows I’ve been to this year was Tinariwen’s over at Brooklyn Bowl in March. The desert dwellers from Mali had just released an album, Emmaar, then. The music, scorched and mellow, really shines live with a full band featuring exotic instruments, garb and dance. The group has just revealed that they will be releasing a new […] 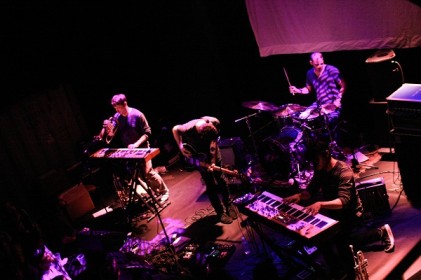 Williamsburg’s Rough Trade Records hosted The Antlers‘ record release show for their fourth album, Familiars, last week as part of their continuing series of tying live performances to purchases of new records. The Antlers are comprised of Peter Silberman on vocals and guitar, Michael Lerner on drums, and Darby Cicci on keyboards and brass, as well as a fourth member […]