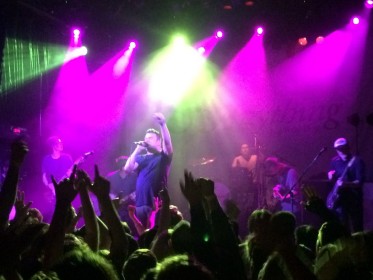 Mimicking the spoken word introduction to Say Anything’s first major album …Is A Real Boy, Max Bemis took the stage and declared “and the show begins with a song of rebellion!” Ten years and four records later, IARB holds court as Say Anything’s most coveted effort and possibly the most unforgettable album to have come […]