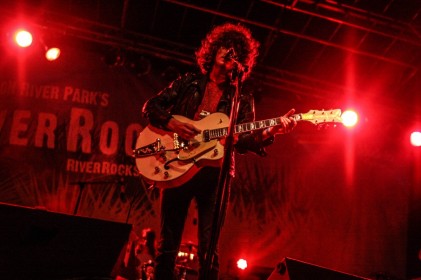 British psych rockers Temples made some waves early in 2014 with the release of their debut album, Sun Structures. Though the album, which reminisces strongly of 60’s and 70’s psychedelia, was well received here, we never really had any touring around its release. This show, closing out the free concert series Hudson River Rocks, was […]