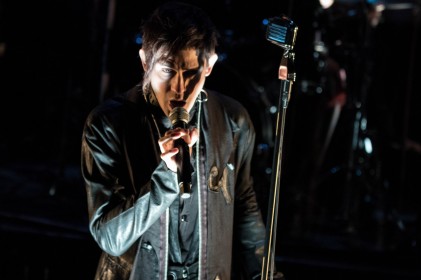 The experimental opera-rock hybrid known as Timur and the Dime Museum (TDM) returned to NYC to finally tour their ambitious COLLAPSE project last weekend. I went out to photograph a night of their trio of runs at Brooklyn Academy of Music’s niche Fisher Space. We’re big fans here at Neat Beet, so do check out […] 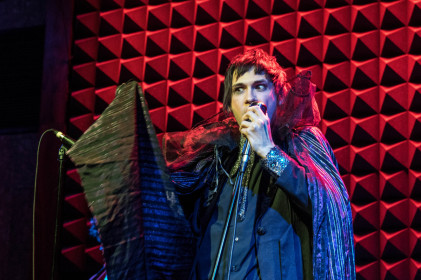 On the vanguard of both drama and rock music is Timur and the Dime Museum, an experimental rock band out of LA that aims to fuse the two together into an explosive combination. The band, independent, has created a new live performance called COLLAPSE, which is an audio-visual requiem for the Earth’s plight. The band’s been […]