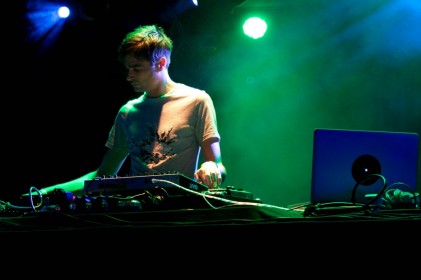 Expert producer and film-composer Jon Hopkins brought some hard-hitting dance floor beats to New York City last week. A somewhat elusive character who started his career playing the keyboard for Imogen Heap, he has since produced albums for Coldplay and Brian Eno and composed the Ivor Novello-nominated soundtrack for the 2010 film Monsters. His albums […]