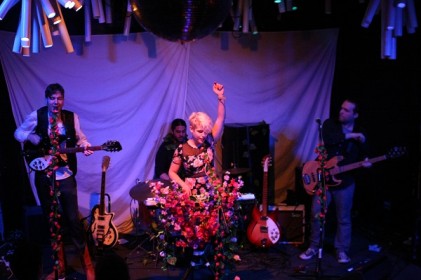 We’ve been talking about Via Audio a lot here lately. The band independently released their third album, Natural Language, after an enormous amount of effort. It all led up to this show here, where Glasslands played host to their album release party. Via Audio still had one big secret left to reveal though, and that […]