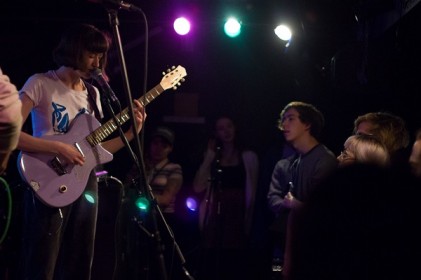 When the celestial bodies align, you can see a band called Frankie Cosmos…at a venue called The Space. Only during the rarest of alignments can you see bands called cool dad and All Dogs at the same time. Dads. Dogs. Space. Manic Productions is watching my dreams. Local two-piece cool dad opened the night. They drew from their eponymous album, […]