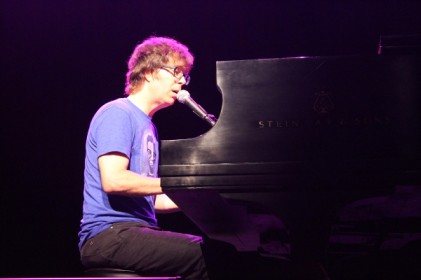 At 47 years young, Benjamin Scott Folds is still the same quirky voice of the 90’s generation. A native of Winston-Salem, North Carolina, Ben is most popularly known for his time as frontman and pianist for alt-rock band, Ben Folds Five, which temporarily disbanded before re-uniting in 2011. He descirbed the group as ‘punk rock for sissies.” […]