Spend A Weekend with The Feelies 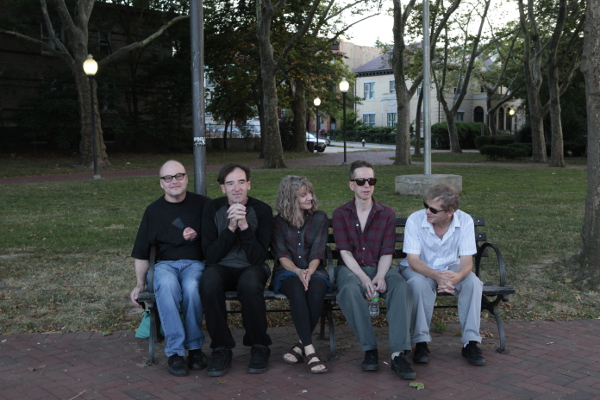 Despite having an appreciation for historic venues, I never did make it out to Maxwell’s, even for its ceremonial closing performances. It’s haunted me as much as missing out on an experience can haunt someone. But in April, a band crucial to the venue’s longevity and one that continues to personify everything ideal about rock music then and now, will be playing two iconic New York venues. The Feelies are to Maxwell’s what The Ramones were for CBGB. But unlike the venue, Mercer & Co. are stronger than ever.

Call them post-punk, rock or indie. Whatever genre you choose to call them, The Feelies stand out as one of the most innovative with others in the genre falling short of imitating their sound. They influenced some of the giants of their time, including Lou Reed and R.E.M. while having quite an impact on today’s music. They don’t perform like they have a heyday to look back on – because their recordings and their live energy don’t fall short.

The Feelies will perform at Brooklyn’s The Bell House on Friday, April 25th. The following day, they head out toward exit 70 on the Long Island Expressway to perform at the elegant Westhampton Beach Performing Arts Center. Stream “Loveless Love” from the group’s debut album Crazy Rhythms below.