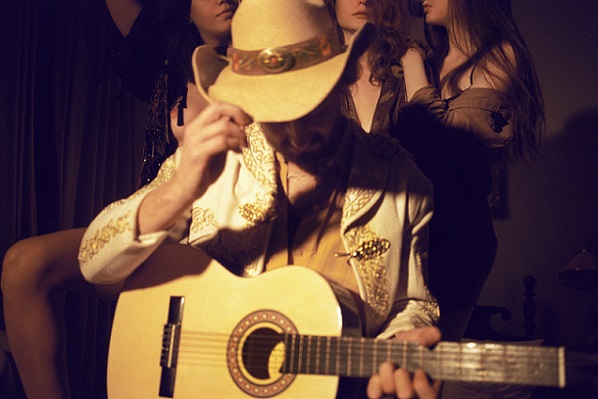 Although it seems like the only thing coming to Connecticut during February this year is obnoxious winter weather, there is a solid lineup of live shows on tap for the month. Here’s a look at what you shouldn’t miss over the next two weeks.

Wednesday, 2/5- Phosphorescent and Caveman @ Spaceland Ballroom, SOLD OUT- Since the release of Muchacho last year, Matthew Houck of Phosphorescent (pictured) has been on a roll. He has been on the road for a few months now touring Europe and much of America. The singer-songwriter is accompanied by Brooklyn indie pop rockers, Caveman. It is sure to be an evening of acoustic and experimental goodness. The show sold out earlier this week, so be on the prowl for tickets that are floating around.

Wednesday, 2/5**- White Hinterland and Slander @ BAR New Haven- White Hinterland is the project of Casey Dienel, and she produces a jazzy dream pop sound. Her last full-length album, Kairos, was released in 2010, but her newest, Baby, will be out on April 1, featuring “Ring the Bell“. You’ll likely get a preview of that on Wednesday. Mystic band, Slander, opens up the night. I saw them in December, you can get to know the group a bit better here.

Thursday, 2/6- San Fermin and The Teaspoons @ Cafe Nine, SOLD OUT- Yet another sold out Connecticut show this week. Rising indie baroque pop act, San Fermin, will play for a loaded audience at Cafe Nine. The eight-member ensemble offers up excellent instrumental variety. Folk rockers, The Teaspoons. locally from Hew Haven, is the supporting act for the evening.

Thursday, 2/6- Mission of Burma @ Spaceland Ballroom– Decisions, decisions. While San Fermin is playing in New Haven, legendary post-punk group, Mission of Burma, will be in Hamden. Since their 2002 reunion, the band has released four albums. Their most recent LP, Unsound, was released in 2012. They are joined by a pair of punk/psych bands, Sunburned Hand of the Man, and Minibeast.

Friday, 2/7- Cibo Matto and Salt Cathedral @ Spaceland Ballroom– Japanese-born and based in New York City with a band name that means “crazy food” in Italian, sums up the genre blending indie talents of Cibo Matto. Their new record, Hotel Valentine, is set for an ironic Valentine’s Day release this year. Joining them is Brooklyn’s Salt Cathedral. They use a variety of instrumentals to take a misty approach to post-rock.

**Postponed to March 12 due to incoming snow