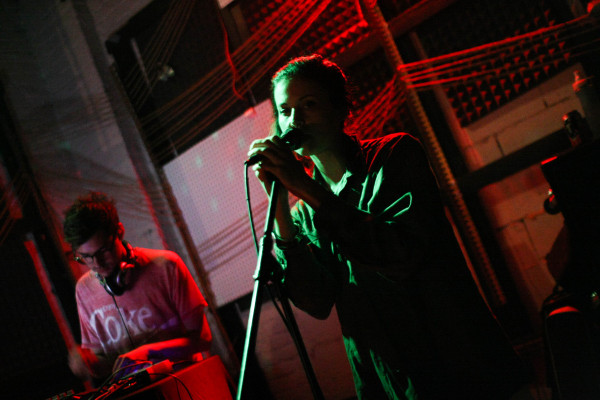 some minor noise of Toronto stopped by Bushwick’s Paper Box last week for a gig arranged by our pals at Kaiotic Music. The duo of Jane Void and Wayne Doe released Anachronisms, their debut LP earlier this Summer. The group’s output is a specter of electropop, melodious but glitchy and dire in content. What I take most from witnessing them live is that there is a sincerity behind that sound; Jane is a convincing conduit for the music.

I really liked the two early acts, Jim Hast and The Landing. Jim Hast, of Chile, is a solo electronic producer. He had a good mix of highs and lows in his set, and had some of the best dancing of the evening. The Landing also worked solo, but focuses more on the imaginative side of things, concentrating on a proclaimed space pop sound. He was joined by backing vocalists for a few songs, adding some extra oomph to the soundscapes he weaves. Each of them have an EP to their name this year and play around Brooklyn regularly.