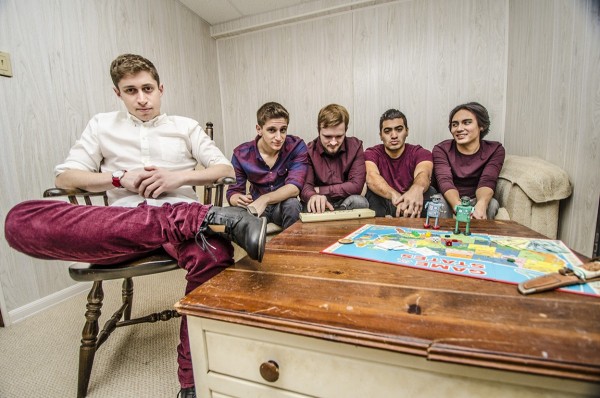 Long Island has long been a sanctuary of pop-inspired musical acts, brought on by ever-evolving genres and a resilient local music scene. Billy Joel and Adam Lazzara may not bear any resemblence at first but both have one thing in common: both Long Island musicians fused contemporary pop with their respective rock styles. As musical trends continue to evolve, so does its local music scene.

Today, there is Shiffley. Where many bands have shunned popular music trends, Shiffley has embraced them – and to their advantage. The band’s music is garnering attention among college radio stations nationwide and is regularly featured on major cable TV channels. Their latest EP is a shining example of how pop music, rock music and other genres can harmoniously exist. Entitled Anthem City, tracks such as “Instinct Over Mind” and “Ships” showcase the band’s love-affair with indie music and even EDM. Anthem City was just recently added to Spotify and Soundcloud.

The band currently has no tour plans in place but has 2 New York-area shows in the coming months. The first will be at SUNY Oswego on Sunday, November 22nd. The second will take place at the (much closer) Pianos in NYC. Information on both shows can be found here.

Awesome music! Entropy is my jam!!

I have so many of their songs stuck in my head. In a wonderful way.