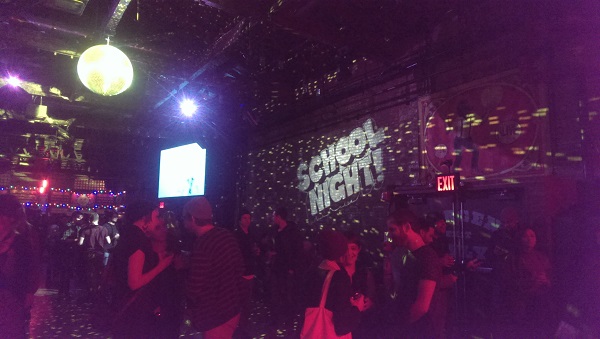 I arrived just in time for Avers, who are supporting Cloud Control on tour. They’re a good pairing, and also, a surprisingly complete act for how scant their recordings are online. The group has five players, and dabbles deep in psych rock territory. The band has several multi instrumentalists; the position of vocals, strings, and keyboard were frequently swapped. They have a few singles (and ringtones(?!)) on their Soundcloud for your listening pleasure. I’ll be keeping tabs on their development with the hopes that they are able to make a proper debut soon.

Cloud Control’s got a really good thing going. Their second album, Dream Cave, came out last year, and they are still touring its virtues. The quartet has got a nice fusion of pop, folk and rock that really gives me a desire to dance around a bonfire. It’s their soaring vocals and harmonies that burn brightest though, which are very visible when the band is playing ten feet away.

Cloud Control originally was limited to a paltry thirty minute set, but we were offered a more interesting story. The crowd’s adulation was raucous enough that the band was given an unscheduled encore (“There’s Nothing in the Water We Can’t Fight“), allowing them a storybook ending and mitigating any disappointment I might have had. Hopefully School Night!’s other shows are better proportioned. The next one will feature folk-inspired singer, Tom Odell, and the dreampop-esque, Vensaire.