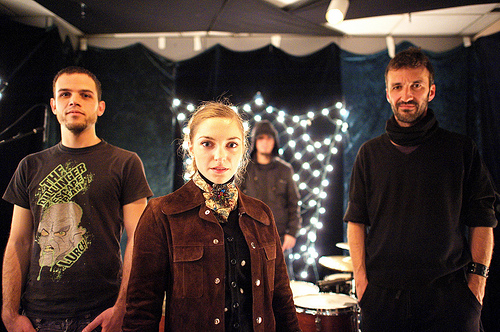 2014 has wasted no time in producing band casualties. One of the latest came a few days ago. Vocalist Sarah P of Greek chill pop group, Keep Shelly in Athens, took to Twitter to announce that she would be focusing on new things and future projects. She was very highly regarded for her strong voice and spunk that she contributed to the group. I consider myself lucky to have seen them a few months ago in New York. Based off some of her tweets, the shakeup was mutual and things have ended on the best of terms.

It is unsure where Sarah P will pop up looking ahead, but for now, we do know that Keep Shelly in Athens plans to live through her departure. They plan to move forward with varying collaborations, and eventually a new singer. For the time being, they’ve released one final farewell track featuring Sarah P on vocals. “Old Time Glory” may be one of their most aggressive and groovy tunes yet, and its the perfect sendoff. Time will tell what kind of direction each side travels in.