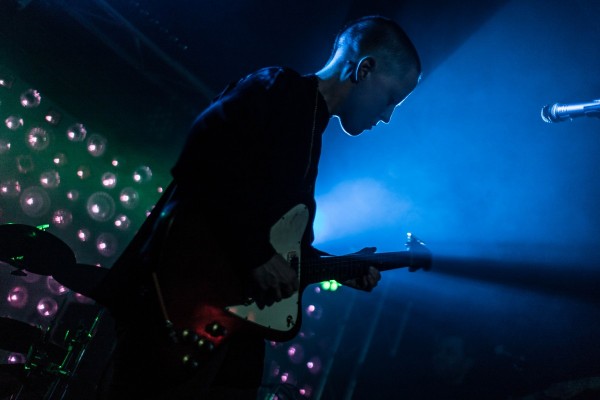 Lower Dens has been a choice pick of mine for a while for their choice, dark rhythms, but I had never caught them live. With the release of their third album, Escape from Evil, this week via Ribbon Music, I finally had a chance to change that. Their show tonight featured the new album in what seemed it’s entirety, and they shone very well for it. This is Neat Beet’s second dalliance with the group’s current tour following a successful gig up at The Space earlier in March.

The two openers tonight were Gold Dime, a trio who brought an abrasive sound, and Matteah Baim, who sang us soothing melodies.