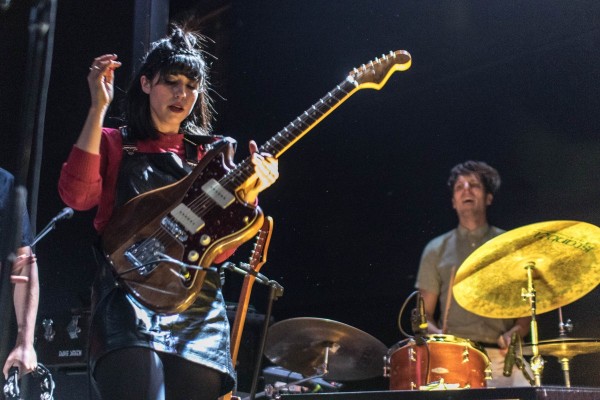 Radiation City, out of Portland, are a dream pop band I’ve held in high esteem for a long time. I’ve loved the sound they cultivate, which sometimes give off an anachronistic vibe in their records, which is exhibited well in previous singles, “Zombies” or “Find It of Use“. Their third album just came out, Synesthetica [Polyvinyl], and it further refines that style of synth-drenched music and powerful vocals. Its quality warranted a tour and I finally got to see them on their stop at Brooklyn’s Rough Trade.

A wonderfully pleasant surprise at this show was the tour’s co-headliners, Deep Sea Diver. The Seattle based rock band is helmed by Jessica Dobson, who has played with a litany of renowned artists including Beck & Conor Oberst. The group’s just independently released their compelling, second album, Secrets. I found their energy & Dobson’s frontmanship to be very lively and an excellent contrast to Radiation City’s more somber tone.

The tour has headed West for its remainder should you be in that direction.