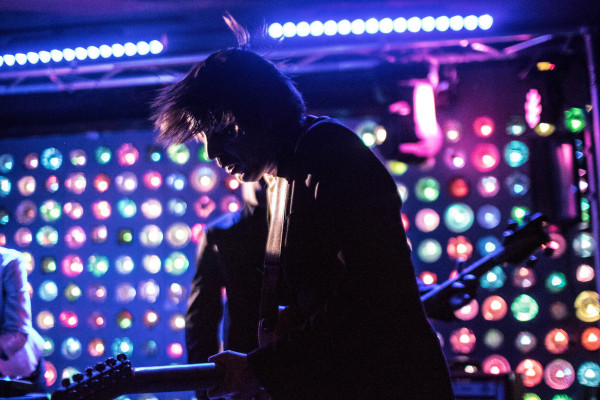 Kicking things off right for the first damn Monday of 2015 was Operators. The rock and synth hybrid out of Toronto stopped by Baby’s All Right for a quick jaunt before opening gigs with Future Islands at Terminal 5, the second of which is tonight. I found a packed house for their performance, which was bursting at the seams with raw energy and emotion.

I found my way to Operators based off the strength of their independently-released, debut EP, particularly the smooth strutting “True” off it. They’re now attached to Last Gang who have a limited vinyl run currently going. Dan Boeckner, who helms the project, is joined by Sam Brown on drums and the fiery Devojka on synth, who had her share of banter and headbanging. Meredith Graves of Perfect Pussy, who has a vocal feature on the upcoming LP, also appeared for a few songs. What will stick with me from tonight is Operators’ looseness, their ability to keep an engaging dialogue and set with the audience is matched by few bands at their level.