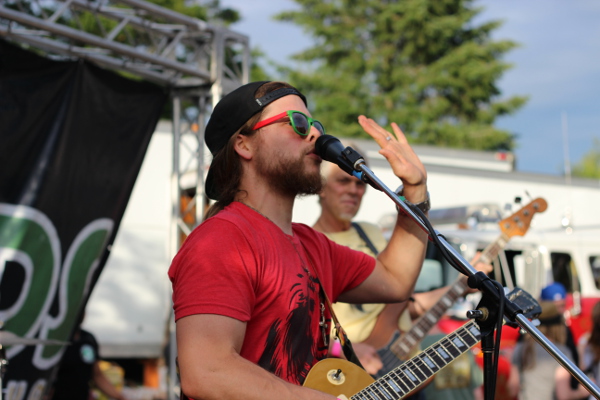 When you think back to all of the musicians who have put Long Island on the map of mainstream music, reggae probably isn’t a genre that would come up. Despite popular belief, Long Island’s reggae scene has always been a prevalent one, especially a result of the waterfront, vacation-spot nightlife that makes Long Island a tourist destination in itself.

Neat Beet spent the first day of the summer taking in the best Long Island has to offer: great weather, incredible craft beers and local music at Beer Fields. It was quite evident from initial lineups (which included Bally-hoo! and Matisyahu as co-headliners) and the crowd that gathered outside the Pennysaver Amphitheater that reggae ruled the roost this year.

Each act was impressive in itself and because of their Long Island-founding, Beer Fields felt more like a block-party than a one day music festival. Two of the acts, Soul Junkies and OogeeWawa, are considered the King Midas of Long Island’s reggae scene and perform regularly.

Below are photos of both groups at Beer Fields 2014. Afterward, be sure to grab tickets for these two powerhouses and many more as they transform Santos Party House’s downstairs into a party. The show is happening this Thursday, July 10th and tickets are still available.