On The Beet with SOMOS 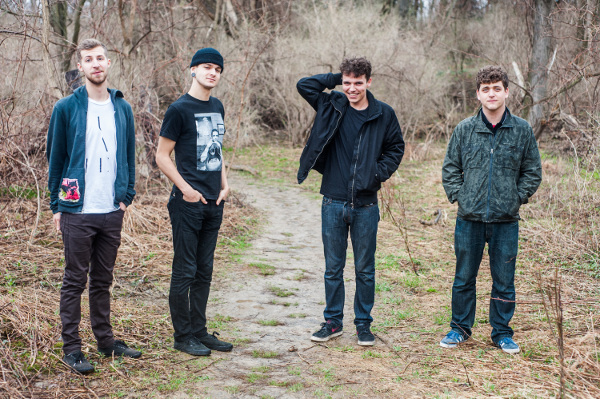 It’s a rare opportunity to discover new music with a budding, sophisticated sound before it is discovered. It is another to get a chance to speak to the hands that create such music. SOMOS is a Massachusetts-based rock/alt group who have the youth and raw energy needed to hit the big time.

I got a chance to speak to guitarist Phil Haggerty on the tail-end of their whirlwind East Coast tour. We talked about their latest effort Temple of Plenty (which is streaming below) and food on the road.

Don’t be saddened you missed them though. SOMOS are heading back out on tour for the summer with two dates in New York. Both their Studio @ Webster Hall and Amityville Music Hall concerts have Runaway Brother and Mat Kerekes (from Citizen fame) performing.

Neat Beet: You released your LP Temple of Plenty on a variety of different colored vinyls, most of which have been sold out. Will these limited release vinyls be available at shows too?

PH: Unfortunately we’re sold out of starburst and teal, but we have transparent gold and black left. Tiny Engines will be doing a second pressing of the record soon so we’ll have some cool new vinyl colors.

Neat Beet: Have you been surprised with the demand for your limited edition LP’s?

PH: Yes, honestly we were taken aback by the amount of interest people have shown and it’s a really awesome feeling.

Neat Beet: What musicians have inspired you (all) to pick up an instrument?

Evan Deges (Drummer)- System of a Down

Neat Beet: For those who simply are hesitant in checking out new music, what has your sound been described as before? (self proclaimed, from a fan, other site, etc.)

PH: A crossover between indie/emo/pop-punk. It’s been cool to see people from different musical worlds come together and like our new record. I also think the sound is a reflection of our wide variety of musical influences.

Neat Beet: What music have you been listening to on the road?

PH: [Currently] A lot of Drake, The Hotelier (their new LP is awesome), The 1975, Morrissey, Little Big League, Circa Survive. We also try to check out the radio in the different cities and towns we pass through and also try to stay up on new releases coming out.

Neat Beet: What obscure fast-food/regular food restaurant are you looking forward to trying the most?

PH: We eat a lot of Chipoltle, it’s cheap, fast and healthy. Generally we’re on a tight budget and we don’t get to experiment a lot with local food. But occasionally we’re fortunate enough to stay with people who feed us and that’s always really great.

Neat Beet: What late night show would you want to be invited to perform on?

Neat Beet: What can we expect from your live performance?

PH: Almost entirely songs off the new record. We like to be consistent but also keep it fresh. We’ve also reworked a couple songs as well to make them fit better into the set.

PH: It’s hard to chose just one, especially because this is the first tour we’ve been on where there’s actually people coming to see us. Not a ton, but there’s usually a handful of people every night singing along. Seeing people sing a long or meeting people who say they love our new record is such a great feeling, particularly the farther we get from home.

We played a sold-out Neck Deep show in Richmond, VA, where the room was so crowded that people couldn’t even get to our merch table. So we decided to grab our merch and set it up on our cabs and drums on the sidewalk right outside the door, next to tour van. It was awesome, we met so many people. That one sticks out in my mind because it was a night where a slight bummer turned into one of our best nights.

Tagged: interview, on the beet, somos