On The Beet: Ryan Graveface, Who Is Fighting to Keep His Record Store 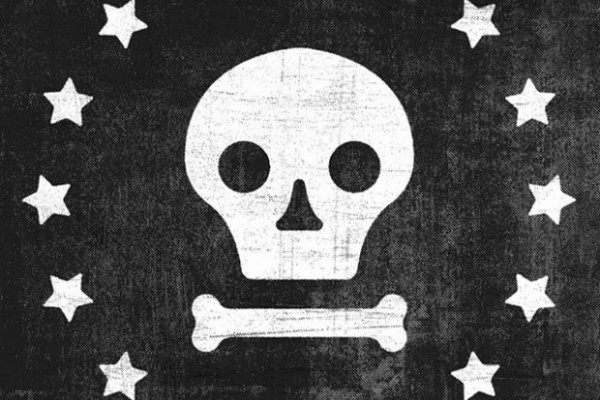 Neat Beet turns its focus to Savannah, Georgia for this interview with Ryan Graveface, well known as the proprietor of Graveface Records & Curiosities, a label, record store, and venue in the area. He’s busy musically as well,  involved with Black Moth Super Rainbow, The Casket Girls, Dreamend, and a handful of other alternative acts. His record store is now in a state of peril as the location has fallen into a legal battle over its concert offerings, and a crowdfunding effort has been launched in an effort to save the space from having to relocate. Reading of this plight, I was inspired to do an interview and learn a little more about his character and the label.

Neat Beet: How long has Graveface Records existed? As a physical store? And as a performance space?

Ryan Graveface: Label was very loosely started in 2002 but it didn’t become serious until 2007. Shop opened in 2011. Venue in 2012.  Second shop opening in Austin in October.

How did the association with Daniel Huffman/New Fumes begin for the wild vinyl pours that are now a staple for the Graveface Record Club?

BMSR played some shows with New Fumes and it was an extremely logical progression. He’s an incredible human and a gifted one at that.

You’ve created Noisy Ghost PR in 2013, working with a bunch of independent artists that we’ve covered here on Neat Beet. What do you consider your biggest accomplishments with the service and what’s next for Noisy Ghost?

My somewhat cheesy answer to this is: getting to know and connect with Michelle King (co-owner). We were strangers going into NGPR together but she’s the absolute best and I can’t wait for our future together. As for what’s next, I’m percolating on some ideas right now of how to tie everything in my life together as there’s such a disconnect between PR-marketing-distribution-labels-etc. That answer is vague because I’m unsure what I mean just yet.

Even more recently, you’ve spawned Terror Vision Records, which is focused on rare soundtracks from the long past and VHS releases. What releases can we expect soon from it?

Announced so far we’ve got a bunch of stuff from Miss Pussycat, Not of this Earth, 555, From a Whisper to a Scream, Killing Spree etc. I have about 18 LPs scheduled so far. Pretty sure it’s going to go broke before I release a single album.

What’s the weirdest thing that’s come through your store? Oddities and strange artifacts must come through regularly.

This one time a weirdo dug up a dead body and brought it to me. That was actually pretty frightening. The strangest things are usually the people, not the objects.

You mention being ‘broke as a joke’ following Record Store Day, does the event come at a cost to record store operators like yourself?

The event is free to host, but the product costs a fortune and it’s all non-returnable. We lost $12,000 that day which has made our May virtually impossible. It’s a lot of fun.

Besides small all ages places like yours, what is the music and arts scene in Savannah like?

It’s easily the greatest I’ve ever experienced. Trumps Chicago. Couldn’t be more supportive and the amount of talent here in all mediums is ridiculous. Like most of the people I know that are creatives here could easily be famous for what they create. And to boot, they’re all humble. It’s amazing.

You’ve stated you’re here to stay in Savannah regardless of this legal battle, so there must be a powerful draw here for you. What do you like most about the area?

It’s weird as fuck. The vibes are insane. The people are more insane. There’s logic is only logical to Savannah itself and once you understand it, it’s quite the epiphany.