On The Beet: Miami Horror 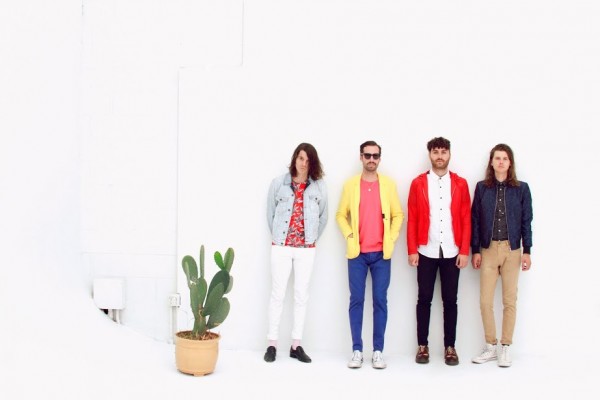 Miami Horror is bar none one of the most effective electronica bands out there. The Australia-based four piece are Ben Plant, Josh Moriarty, Aaron Shanahan, and Daniel Whitechurch. In the studio, they’ve been hard at work with their first album in five years, All Possible Futures, releasing yesterday. Live, few bands match their prowess, and with a host of new material to debut, Summer is looking like a great time to catch them around. Ben Plant, who originally started the project, answered a few questions for us here at Neat Beet in advance of their tour. Check below for that and the fresh, new video for “Love Like Mine.”

Neat Beet: How would you compare the Miami Horror of All Possible Futures versus the Illumination era?

Miami Horror: We’re much more mature and we’ve learnt a lot about songwriting and writing from a more personal perspective; this album was more collaborative with the band than the first as well. There’s a lot more instrumentation and percussion. We tried to make more developed tracks in comparison to the first album which was a little more straightforward.

Neat Beet: All Possible Futures was recorded in many probable locations; your making of series showed y’all in LA, NYC & Sydney at least. What inspired the distributed process and how do you feel it worked out?

Miami Horror: It was based around the idea that if we keep the inspiration flowing we’re more likely to create our best work. LA played the biggest role in the sound of our album. The constant sun and wackiness lead us to be more open with genres, most of the other locations just carried that initial inspiration we took from LA.

Neat Beet: What process goes into selecting the vocalists that feature in Miami Horror?

Miami Horror: Usually someone we try to imagine the vocalist on a track and if we can imagine it then it usually fits, sometimes even knowing a vocalist is keen can inspire a track for them. Usually artists who’s work we are fond of.

Neat Beet: Josh Moriarty handles female vocals very effectively; Should we expect him to continue that tradition or will any other vocalists be joining your Summer tour through North America?

Miami Horror: Currently Josh & Aaron both do a great job at handling all vocal duties and I think that will stay the same for the next few tours.

Neat Beet: How’d you come to work with Solé Bicycles? You guys put together a “fixtape” with them last year as well as the “Real Slow” remix contest.

Miami Horror: They contacted us to do a mixtape which was fun, we wanted a sponsor for our remix contest and they allowed us to create a custom bike.

Neat Beet: That remix contest had quite a reception! How many people entered and what was it like listening to your song so many times, mutated in so many ways?

Miami Horror: It was crazy, I think there were a fun hundred entries, though obviously you can lose perspective by the end. The problem was that your decision means a lot to some people, so you have to be really careful not to miss anything.

Neat Beet: Has anything released so far in 2015 really caught your ears?

Neat Beet: Are there any future plans with Wunder Wunder? Last time you played NYC, the then-unknown side project of yours opened the gig, and in 2014, a debut record was released that we enjoyed here!

Miami Horror: I think we’ll definitely continue to release tunes here and there, but probably more in the A side, B side form until we see the need for another album.