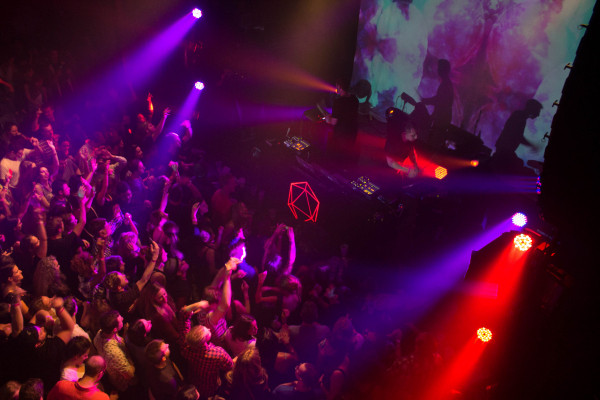 Beloved electronic duo Odesza graced us with groovy synths and pretty visuals at Music Hall of Williamsburg. The duo from Seattle consists of Harrison Mills and Clayton Knight, two Western Washington University graduates with a love for dreamy vocals and pop infused sounds. They made themselves pretty popular by delivering solid productions, both original and remixes of other popular electronic songs and by touring with Pretty Lights.

The packed out show was a spectacle of lights, color, glitched out vocals and crunching drums. Knight and Mills released their latest LP In Return to rave reviews, improving on the sound of their 2012 debut Summer’s Gone. Initially, they remind you of the smooth synths of Bonobo combined with the atmospherical elements of Tycho. But with the addition of live drumming on set (something we at Neat Beet are very big fans of) and manipulated vocals from up and coming singers, Odesza ends up delivering so much more.

Both Summer’s Gone and In Return are perfect summer albums, and even though Fall has hit New York City, the duo made the crowd feel like it was a sunny summer party with a night full of dancing. Ambassadeurs brought hip hop and r&b infused beats from London and Aussie electronic musician Hayden James opened the night with a mellow set of chill tunes.