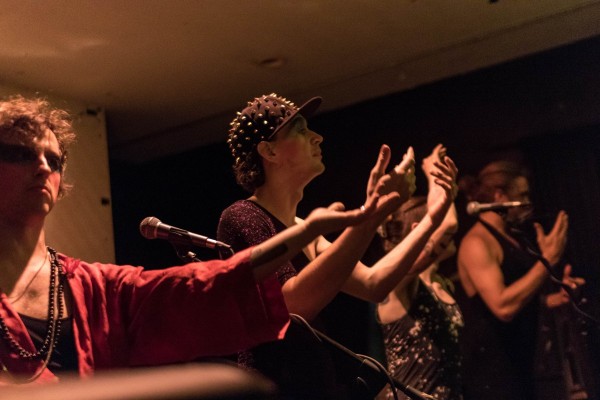 Not Blood Paint are always active with shows and other mischief around the area. When I caught them in early March at their #BandsAgainstBurglary event, I was camera-less and made a vow to get a solid set of shots for the next time I’d catch them. Well just deliverance has happened, with a headlining spot at Shea Stadium; the group showed off their glamorous sides for the evening.

The show was an opportunity to showcase Abraham, pals of NBP from Michigan. The group’s shared singing responsibility makes me think of viking sea shanties translated into a rock band format. Our dear Wannas were on the bill too, and played their last show for a bit as guitarist, Daniel Postilnik, hikes off to San Fran. A rocking duo, Nonsense, had a furious opening set; there’s no doubting that bands placement in the punk sphere.