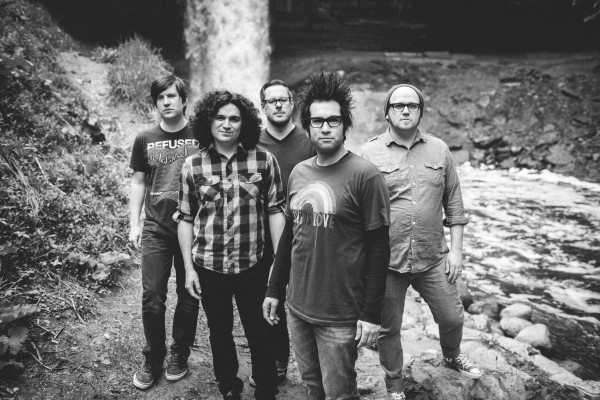 It takes a great amount of energy, self-discovery and talent to pen a great debut album. It takes a stroke of genius to pull it off a second time. Many artists fall victim to the “sophomore slump” or  “second album syndrome”. But once in a while, there comes along a musician or band that not only releases a critically acclaimed second album but pulls off a sound “better than the original”.

Motion City Soundtrack is one such band. Formed at the tail-end of the 1990s and emerging in the height of the pop-punk era, the band’s debut full-length, I Am The Movie, featured two stand-out singles. (“The Future Freaks Me Out” and “My Favorite Accident”) The album was released on Epitaph Records which had pushed the careers of The Offspring, Weezer and other bands from the genre to household recognition. Where many bands would have faltered, Motion City Soundtrack not only created a critically acclaimed success but had done so in barely two years. This album was Commit This To Memory.

2015 marks the 10 year anniversary of Commit This To Memory. To celebrate, Motion City Soundtrack will be heading out on a nationwide tour throughout January and February. They will be performing Commit This To Memory in its entirety alongside other singles and tracks from their celebrated discography. Special guests opening up various dates on the tour include: Hawthorne Heights, Copeland, Team, Hellogoodbye, William Beckett, Hit The Lights and more.

This tour hits the Neat Beet-area twice at the end of January. On the 27th, Vinnie Caruana (The Movielife, I Am The Avalanche) joins the band at Irving Plaza. That Saturday, Motion City Soundtrack and the (recently) reunited The Early November play Sayreville, NJ’s Starland Ballroom. Tickets for both shows are on sale now.

Relive this great album in the Spotify playlist below:

Balance and Composure To Tour 2015