Come Out for Oscar Key Sung This Friday at Glasslands; Win Tix 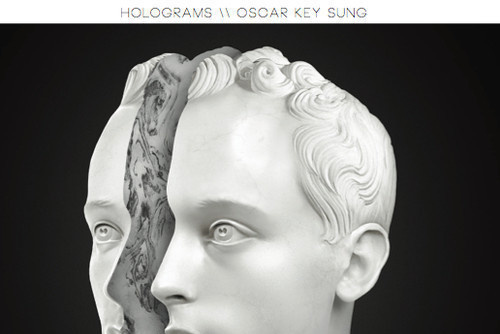 Nascent beat maker and emotional r&b crooner Oscar Key Sung will be making a stop at Glasslands Gallery this Friday. The young Australian’s riding high off the waves generated with his Holograms EP back in April and will be making his first appearance here in Brooklyn as part of a tour that has spanned continents. Check out the trippy video for “All I Could Do” below.

The two openers are Monograms and Kodacrome, who both have their own agendas for the night, each with releases forthcoming.

Monograms sole song available is “Tidal Wave“, an upbeat rock track of surf and indie vibes. The project of Ian Jacobs, this night will be the host of his debut EP release party, which is out this week and should shed a promising light on what his set may hold.

Local electronic duo Kodacrome were featured in our most recent episode of Beet Box Radio if you missed it last month, and are opening the gig. They will be releasing their debut album, Aftermaths, come July 8th. “Buggy Bumper” is its promising lead single, and if the band catches your fancy, they’ll be returning to Glasslands a month later, on July 29th, to play with oft collaborators, Kodomo.

We’ve got a pair of tickets to give away for Oscar Key Sung and are offering three different ways to enter yourself below. The contest is open until 5 PM on the 26th.