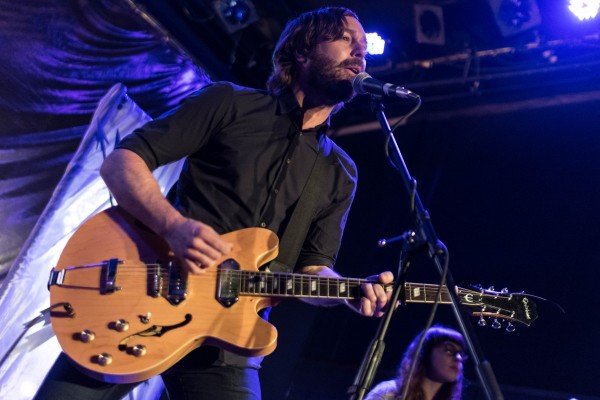 Matt Pond PA is a long running act in the indie rock space, originally Pennsylvanian but now NY-based. Ten years past they released a record, now revered for its ability to place one into an emotional reverie, named Several Arrows Later. As many bands do on such anniversaries, Matt Pond PA decided to do a tour in homage to the album’s strengths. For my first exposure to them in a live setting, it was a worthy and lucky experience to witness such a cohesive set of songs from a seasoned group.

The album was played in full as a main set, and followed with an encore featuring cuts from their forthcoming LP, The State of Gold. That releases on June 30th, via Doghouse Records. Mississippian rock outfit, Young Buffalo, supported the entire tour with a swaggering presence on stage. They released a record, House, this year on Votiv, and also just put out an interesting take on the Beach Boys’ “Hang On To Your Ego.”  The two bands also had an amusing bit of banter about each other’s toughness that I’m sure was a running joke along the length of the tour.

This show was the triumphant finale of a whirlwind tour. Not only did they play 28 shows in 38 days, but they also suffered and overcame a robbery in Chicago, only canceling a single performance in Toronto due to the loss of their passports. If you want to help support them, they still have an active GoFundMe that is nearing its original goal. It’s disheartening to see how often this has been happening to musicians in our country; I wish people would be more mindful of the costs their actions have on others.