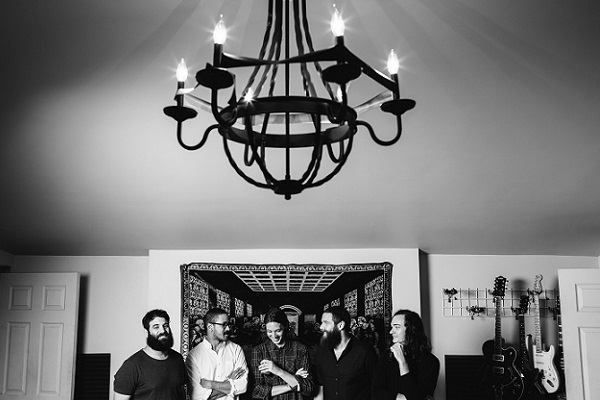 For the better part of the last decade, Manchester Orchestra has gone with the flow and been a resilient force in the world of alternative rock. Their 2014 has helped them solidify their resume. April brought on the release of Cope, their fourth studio album that peaked at 13 on the Billboard charts here in the U.S with singles like “Top Notch” and “Every Stone”. They quickly followed the album up with a companion LP called Hope. Released in September, it features full acoustic remixes of all the tracks featured on Cope.

Currently in the middle of their Hope Tour in support of the acoustic material, they’ve been brought to Connecticut by Manic Productions to perform at Center Church on the Green in New Haven, this Sunday. The new acoustic mixes should pair well with the unorthodox seated church/venue. The tour is primarily in place to reinforce this year’s new material, but it can’t hurt to hope for special editions of old classics like “I’ve Got Friends” or “Shake It Out”. Either way, Manchester Orchestra will be closing out Southern Connecticut’s 2014 concert calendar with a can’t-miss performance. Chris Staples, founder of of the band Twothirtyeight, is the billed opener for the show.

Upon our last checkup with Manic Productions, tickets are vanishing fast, but still available. Every ticket purchased online comes with a digital download of Hope. Music starts for this one on Sunday at 7:30pm.