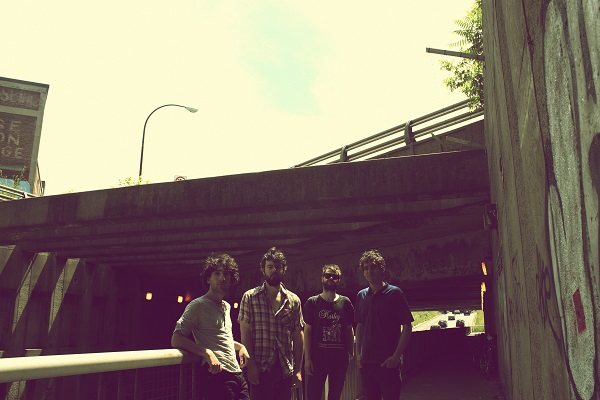 I’m a big fan of downtempo and chill music. Frequently for those types of songs, the world of dreams can serve well as allegory. Portrayed in fiction as hazy and fantastical, it can frequently be a comforting place. I chose to emphasize that comfort with a playlist curated out of some music from some great current bands, many of whom are touring next week. Below is the relevant info about each.

Diiv have a show on 2/20 at Irving Plaza w/ Guards opening. Though a shoegaze band, they frequently bring in a slightly rowdy audience that gets moshy.

The ultra-smooth beats of Rhye can be witnessed at Webster Hall on 2/21, but the show has been long sold out.

Pictured above are Suuns, who make an intoxicatingly dark brand of indie rock. They play 2/21 at Death by Audio and 2/22 at Shea Stadium.

The Casket Girls,a Graveface project, are known for their creepy synth arrangements and just released their second album, True Love Kills the Fairytale. They play 2/17 at Shea Stadium and 2/18 at Mercury Lounge.

I picked one of the mellowest songs Russian Circles offer to fit this playlist.  Many of the post rock trios jams are more vicious and extended affairs. They play 2/20 at Bowery Ballroom and a sold out date at St Vitus on 2/22.

Young and Sick just made their live debut last week and removed a little bit of the mystery surrounding their act. No NYC dates but Coachella bound in April.

OoOoo is known for dark, moody electronics over distorted vocals. Playing Glasslands on 2/20.

Minimalist electronic mixer Four Tet will be back in town to play Terminal 5 on 2/22.

Playlist closer Lanterns on the Lake, a rock arrangement from the UK who can make lullabies and raving sonic jams in the same set just came through for their first NYC shows. No idea when they’ll be back.