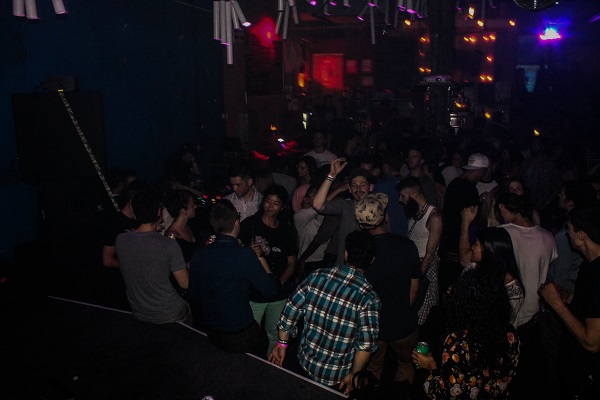 The Northside Music Festival kicked off in Brooklyn last Thursday and Glasslands Gallery had their LazerPop (Northside Party!) to join the celebration of a weekend full of innovation in art, music and film.

The night warmed up with a DJ set from Lemonade, bringing a brand of ravey pop music. Chromesparks, who currently resides in Brooklyn, had a more intense vibe. His set contained plenty of deep house, nu disco and chilled out trap tunes that kept the crowd front and center on the dance floor. Alan Palomo AKA Neon Indian closed the late night party with an equally eclectic set.

One of the best things about a dance party at Glasslands is the crowd’s energy, they’re there for the music and good vibes, and the night did not disappoint, from glow sticks to slow dancing, and even some wild breakdancing, everyone was in it to have a great time. See below: