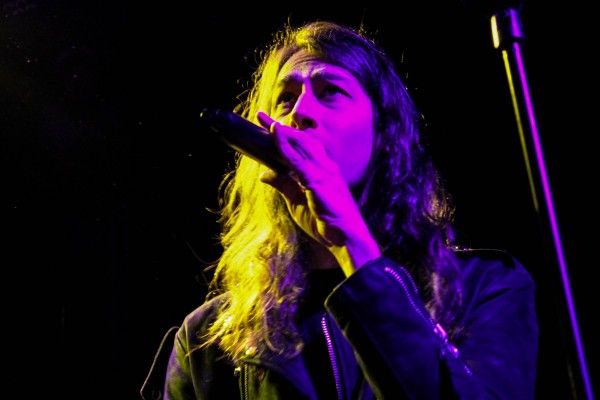 Touring in the U.S., Kindness visited Rough Trade to give us a funky performance with frequent collaborators from other “pop” musicians. Members of Devonte Hyne’s Blood Orange joined the solo project of British singer Adam Bainbridge to perform most songs of his latest album Otherness. It’s fun to see frequent collaborators in a group of artists that include Dev Hynes, Sky Ferreira, Kelela, and Solange Knowles come on stage to contribute. There was some cool crowd engagement as well; the live band handed out small percussion instruments to the audience front and center to get them involved in the music.

The show started with some DJ spinning from Obey City and a performance from New Orleans bred rapper Pell. Pell has become one of the hottest rappers in 2015 and has been noted for trying to reinvent the NOLA sound by showcasing an eclectic blend of trip-pop, dreamy soundscapes and rap. “Eleven:11” is one of his latest singles off his album, Floating While Dreaming, and one of the highlights of his performance.