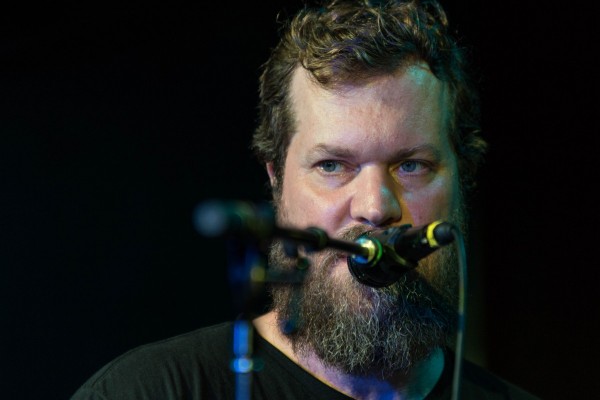 John Grant has been one musician much on my mind lately. The bearded pop composer released his third record, Grey Tickles, Black Pressure, earlier this month and its oddness has wrapped itself tightly around my ears. It continues his penchant for dramatic songwriting, gallows humor, and spacy electronic interjections. He teamed up with Villagers for a brief tour of the US together that filled Le Poisson Rouge to capacity.

Live, John Grant completely exceeded my expectations. This tour, and the recording for GT,BP, brought out an A Team backing band, notably including Budgie, drummer of Siouxsie and the Banshees. The live setup also included guitar, bass, and keys/vox. This composition behind Grant made his songs vivacious. A setlist that hit old gems, including “GMF” and “Outer Space” in the encore, all the while navigating the majority of the new record, made sure everyone left ecstatic. John Grant will be touring Europe and Australia in the coming months.

Conor O’Brien’s Villagers project opened the performance; his billing was what originally lured me out, something I’m now doubly grateful for. I love Darling Arithmetic from earlier this year, with the stripped down structure that he’s still embracing he speaks oh so softly but commands respect. For this show, a welcome addition was live percussion. Oh, and there is a new record due out January next year, Where Have You Been All My Life?, a reimagining of sorts that takes us in new directions from Darling Arithmetic. “Memoirs” is its lead. Villagers will also be touring throughout Europe in 2016.