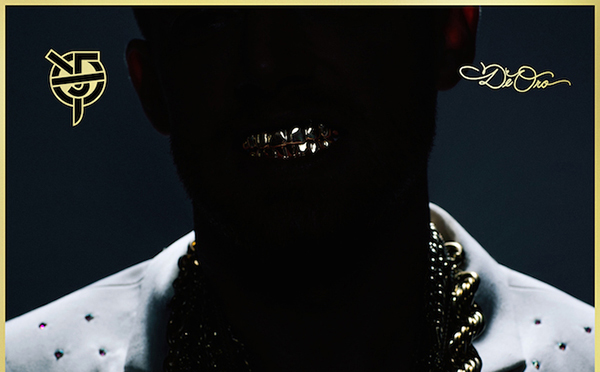 Although streaming via Pitchfork Advance, Tuesday August 19th, 2014 marks the official release date of the once-mysterious musical project Jason Feathers. The album entitled De Oro will be released digitally on that date with both CDs and LPs being slated for the fall. (September and October respectively)

Originally pitched as a group consisting of Creflo (“rapper”), Ephasis (“heavily-seasoned guitar-crooning lost-cowboy”), Toothpick (“drummer-hype-piano-man”) and an unidentified bassist, word quickly spread on the identity of the members of this musical project. Solo musician and Bon Iver drummer S. Carey plays the role of “Toothpick” while his Bon Iver bandmate and Kanye West collaborator Justin Vernon plays none other than “Ephasis”. Although sounding different from previous studio recordings, “Creflo” is rising hip-hop star Astronautalis.

There are no tour dates for Jason Feathers but some of its members will be in the Neat Beet-area soon. S. Carey’s co-headlining tour with Califone comes to (le) Poisson Rouge on September 7th. He comes back to the area to open for Owen‘s Studio @ Webster Hall show on October 9th.  Astronautalis is headlining with Sarah Jaffe and Transit as support. That tour graces The Space in Hamden, CT on Friday, September 12th and Mercury Lounge the following evening.