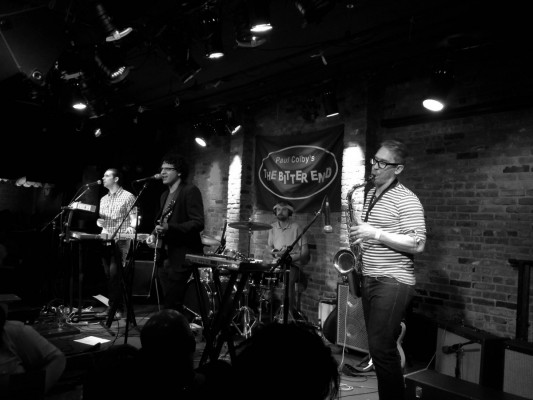 Japan Soul, the Brooklyn-based art rock quartet whom we interviewed and included in last month’s Beet Box Radio, played a live set centered around the release of their Plastic Utopia album last month at The Bitter End. The band promised and delivered on a tight four piece set up complete with sax, keyboards and percussion.

The band’s next gig here will be at Lit Lounge on the 11th, at 11 PM. If you go, get there early to also catch the live debut of Basic Bitches at 9 PM. It’s a new project from Joshua McCartney, drummer of deceased British band Famous Last Words, and Naomi Scott (Naomi Hates Humans).

On the Beet With Japan Soul