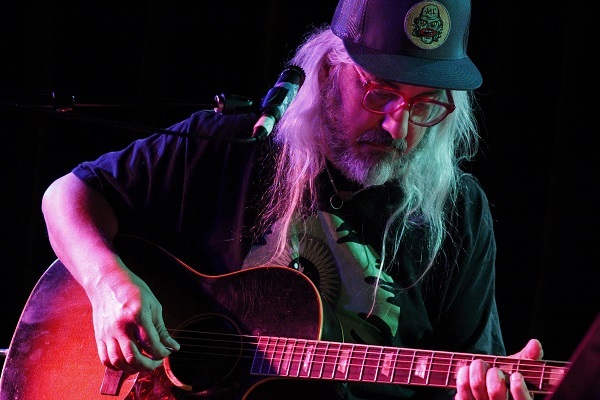 If you weren’t able to catch a solo performance by J Mascis this year, you really missed out on something special. The Dinosaur Jr. frontman is an absolute legend, and seeing him in all of his glory by himself on stage at a Connecticut venue was too cool. There was a certain mystical aura about him as soon as he took the stage. Before the set even began, you knew something amazing was about to take place. He started off with some of his more subdued solo material, like “Me Again” and “Every Morning” from his recent full length release, Tied to a Star.

Things gradually picked up even more as the set went on, especially when the Dinosaur Jr. floodgates opened. With a cluster of songs, he covered over a decade of Dinosaur material, completely shredding through songs ranging from You’re Living All Over Me to Bug to Hand It Over. J Mascis pretty much sat there by himself on stage and destroyed his guitar for us. Hearing him perform “Ocean in the Way” put me on a serious Farm kick of late.

A climax was reached when he performed his rendition of Mazzy Star‘s 90s staple track, “Fade Into You”. Without sugarcoating it, that may have been one of the most outstanding songs I’ve ever seen played live. He stayed true to the original, all the while inserting his own solos to extend the song as long as possible. You had to be there and you would have had chills as I did. Props to J Mascis because he is still able to totally kill it. This was my favorite live show of the year and will be one that I don’t intend to ever forget.

Purling Hiss opened the show and got us pretty fired up for the Mascis set. The Philadelphia-based band led off with some fuzz-injected garage/psych rock. My only real gripe was that if you weren’t paying attention, it would have been a chore to differentiate one track from another. Everything bled together, but regardless, they sounded great, very much in part of the plus guitar work of Mike Polizze. The set was littered with finger-destroying solos that accentuated their lo-fi nature.

Enjoy the full photo set via this link.