J Mascis Performs at The Outer Space in Hamden, CT on Wednesday 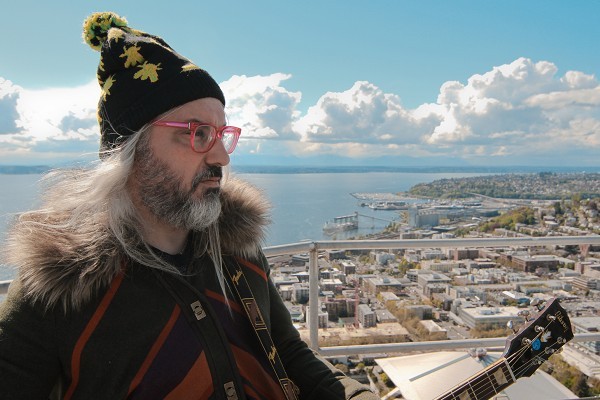 Legendary guitarist J Mascis is in the middle of a slew of American tour dates and will make an appearance at The Outer Space (Ballroom) in Hamden, CT this Wednesday, September 24. The main cog of 90s powerhouse, Dinosaur Jr., has been keeping busy thus far in 2014. His name cropped up first when we heard him contribute electric guitar to folk-rock group, Strand of Oaks in a roaring track called “Goshen ’97“. Then Mascis followed up on his 2011 solo release Several Shades of Why. He released his latest full length, Tied to a Star on August 25 by way of Sub Pop. It follows in the footsteps of his previous release, hinging mostly on the melancholy, acoustic side of things.

Scuzzy, lo-fi Philadelphia punk rockers Purling Hiss will open the show with some fire to set up for a Mascis cooldown. Tickets are still available via Manic Productions.

That's awesome that he contributed to the Strand of Oaks track.