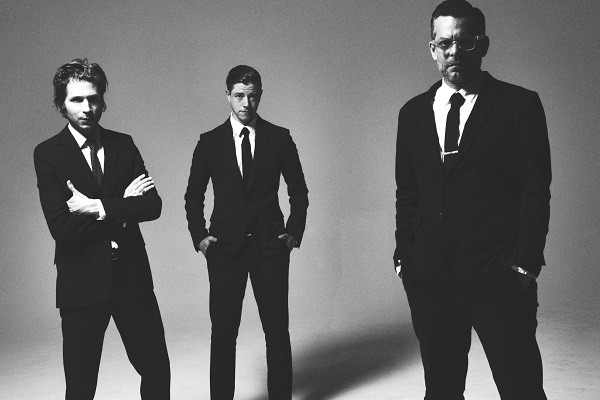 I’m not usually one to post about new albums, especially on a Tuesday that features a silly amount of awesome new releases (Banks, Death From Above 1979, Delta Spirit, Lemonade, Simian Mobile Disco, and more), But Interpol has released their fifth full length LP, El Pintor, their first since 2010. They simply have a special place in my heart as being the first live show I had ever gone to way back in my infant indie days.

The tough thing about Interpol is that Turn On the Bright Lights and Antics were so ahead of their time that evolving from that material is some kind of musical quest. Prior to El Pintor, they released an incredibly disappointing self-titled album in 2010 before a hiatus. This return couldn’t be more anticipated.

Getting back to the sound of the glory days may be out of the question, but the new LP has absolutely righted the ship for Paul Banks and company. Side A of El Pintor features familiar melancholy guitar riffs, some of which that are more melodically weaved together than ever before like in “My Blue Supreme”. “All the Rage Back Home” will ultimately be the most upbeat success story from the album. The energetic “Everything is Wrong” also has some hit potential and we’ve also already begun to get acquainted with the delightfully murky mish-mosh that is “Ancient Ways”.

It is still hard to not miss the good old days, but needless to say, the new release is exciting. You can see Interpol live in our neck of the woods at Terminal 5 on November 24 and 26 with opening support from Hundred Waters.