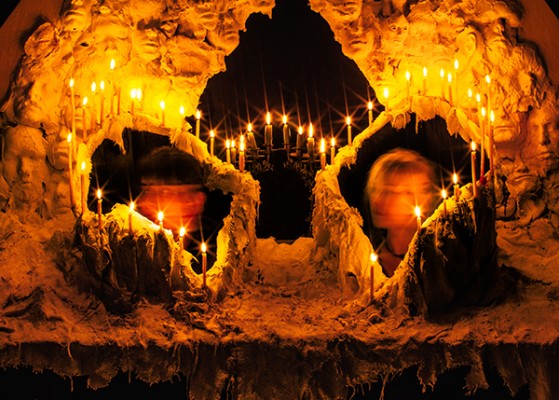 Haunted Summer is a indie dream pop duo comprised of Bridgette Moody and John Seasons. Since its somewhat recent founding in October 2012, the LA-based group has toured/opened alongside The Polyphonic Spree, Ólafur Arnalds and many more. The band’s EP Something in the Water seamlessly fuses orchestral and electronic undertones.

Haunted Summer are heading out on tour as a full band at the end of this month and while California gets a lot of love, the group does hit the Neat Beet-area with a show at Pianos. That show takes place on Saturday, September 6th and has a packed bill. Tickets and lineup are available here. While on tour, the band will be recording a live album in correlation with Washington-based Middle of Nowhere Sessions. This album will then be pressed to a limited release clear vinyl. Pre-orders are happening right now.

Check out “1996” from Something in the Water below. Listen to more of that EP here.