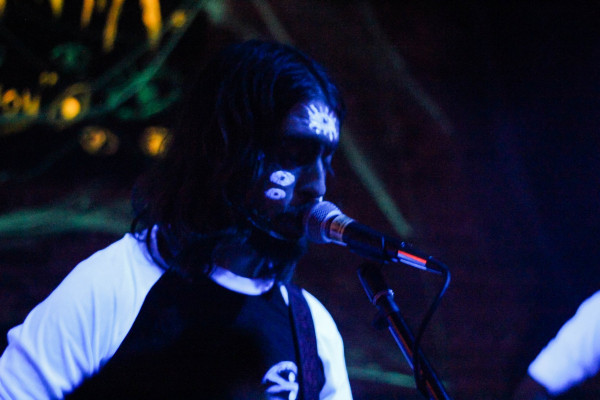 New York rock outfit Wanna released their debut EP last week, the This is Ridiculous EP, and to celebrate, hosted a spooky, blacklit gig in the back of Brooklyn’s Legion, though the scariest part of the night may have been the blaze in the front of the bar. Wanna was joined by Young Bugs, Boom Said Thunder & Thick (who we missed pics of, sorry!). The common thread between all the bands performing was a focus on furious guitar work, and the packed room featured more than a few erratic dancers. If you stuck around super late for the end of Wanna’s set, you may have even heard their Destiny’s Child cover which will likely be snaking its way into a future gig.

Wanna will be playing again on January 9th over at Otto’s Shrunken Head.

This was so fun — minus the speaker blowing up and evacuating the bar in the rain. Thanks for coming to the show and snappin' pics.